Murang’a County has launched its first Family Planning Costed Implementation Plan (FP CIP). The plan which will run from 2021-2015 was launched on December 14, 2020, in an event presided over by the Deputy Governor Hon. Maina Kamau and attended by the county health team led by CEC Health Hon. Joseph Mbai.

The CHAK team at the event was led by General Secretary Dr. Samuel Mwenda. The Murang’a County Family Planning Costed Implementation Plan has been developed with support from the CHAK CAPFA project with funding from Christian Connections for International Health. 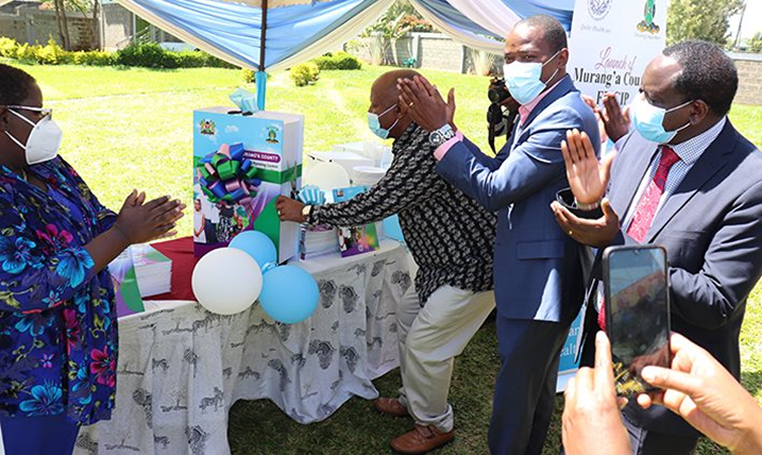 Signaling high level political good will for the plan, Hon. Kamau said the County leadership led by Governor Mwangi Wairia appreciated the importance of Family Planning whose impact would be felt across all sectors including education and the economy. He thanked CHAK for supporting the County to develop such a critical document, adding that the county was providing targeted information and education on family planning to its population through community health officers. He pledged political and budgetary support for the plan’s implementation, adding there was need to ensure a good quality of life for the Muranga County residents which could only be achieved by ensuring well planned families. 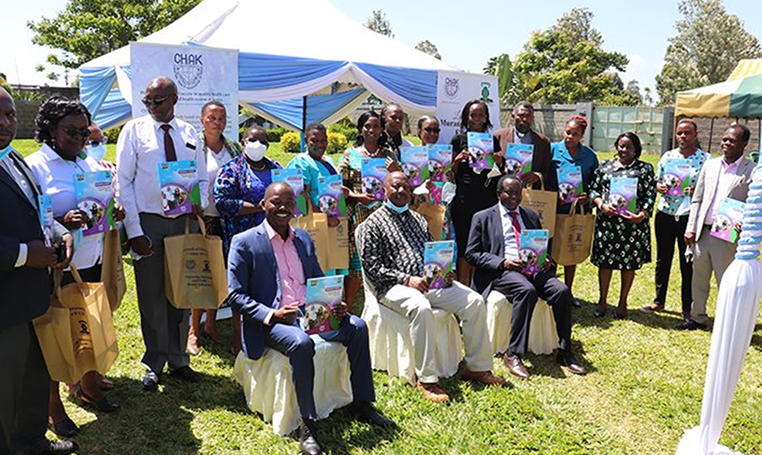 The dedicated team whose invaluable support for the development of the Murang'a County FP CIP saw a dream become reality. The FP CIP which was launched on December 14, 2020, was developed with support from the CHAK CAPFA project funded by CCIH. The document was developed through extensive consultations at the County level and with various stakeholders.

CHAK General Secretary Dr Mwenda applauded the County leadership and stakeholders involved for their dedication and goodwill which saw the successful development and launch of the document.

According to the County Director of Health Dr Winnie Kanyi, the dream to develop an FP CIP began in 2017 when the County Health Management Team was sensitized on the importance of the document. Religious leaders working under the CHAK CAPFA project funded through CCIH was played a key role in advocating for family planning in the county. Dr. Kanyi noted that family planning was an important pillar of safe motherhood, adding the FP CIP would be a critical reference document for partners wishing to support the county’s family planning programme.

Among the key challenges facing FP in Murang’a County are:

These and many other challenges presented huge opportunities for scaling up family planning. 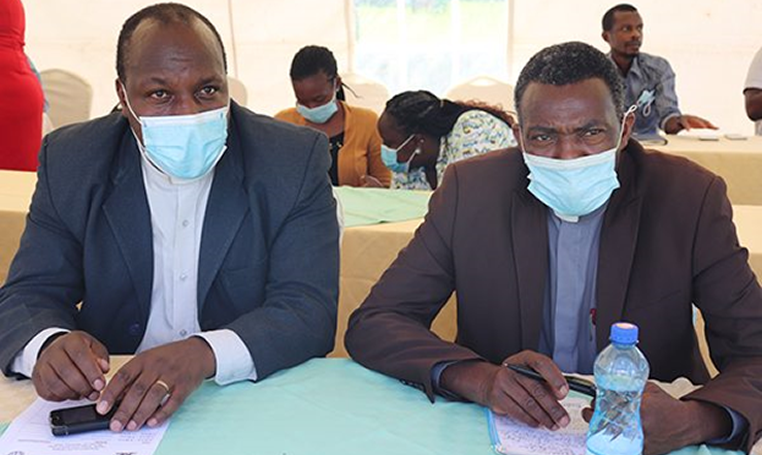 Rev. Samuel Njung'e and Rev. Samuel Wainaina, are among Religious Leaders advocating for family planning through the CHAK CAPFA project. The two religious leaders participated in the FP CIP development task force and have been key advocates for FP in the county.

Speaking during the function, Rev. Samuel Njung’e, a religious leader working in the CHAK CAPFA project, noted that scriptures were often misquoted to convince couples to have many children. He observed that the Bible also urged man to subdue the earth, an activity for which health was key. Having healthy families, he noted, was the first step towards subduing the earth. Adding that religious leaders were able to reach large sections of the population, he thanked CHAK for involving them in family planning advocacy through the CAPFA project.

National Council for Population and Development Central Regional Coordinator Irene Kittur noted that the Government had made several commitments during the London Family Planning Summit in 2017, including having FP CIPs in all the 47 counties. Murang’a, she said, was the first county in central region to develop and launch an FP CIP, a major achievement.

The Murang’a County FP CIP comprises key priorities that are costed and will lead towards the attainment of the goal of quality FP services. In this respect, the plan will act as a roadmap for the county FP programme, powerful advocacy tool for FP, a guide for stakeholders on where they could direct their support, resource mobilization tool and a monitoring tool for the FP program.

The FP CIP was developed through extensive consultations at county level with technical guidance from a dedicated technical task force.

Equipping CHAK health facilities for the fight against...